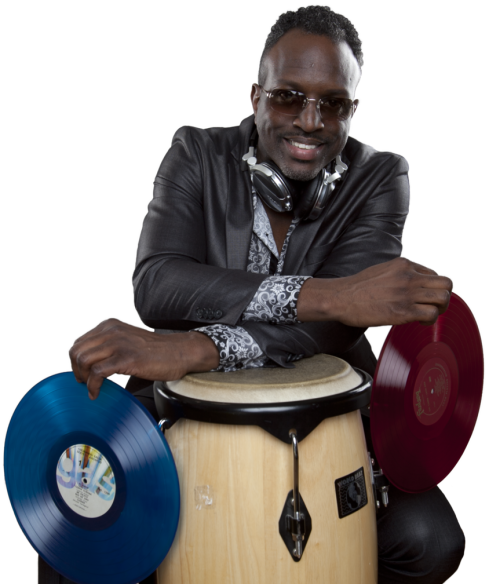 Based out of Los Angeles California, DJ JoJo is internationally recognized in the music world as a Salsa DJ, vinyl records’ collector, band manager, booking agent, producer, and promoter. He started his professional career as a disk jockey in 2006, and has made a name for himself, performing at numerous clubs as a resident dj in Los Angeles, and many worldwide music festivals throughout the U.S., Mexico, Canada, Colombia, and Spain. Among his past and present club residencies are topmost Salsa venues in L.A. such as The Granada LA, Sportsmen’s Lodge, Stevens Steakhouse, Sonata Room, Acapulco Cantina, Sevilla Nightclub, Cohiba Nightclub, Mama Juana’s, and his very own Mambo Madness Social.

As a producer, DJ JoJo has had the great opportunity to work with amazing artists such as Tromboranga Salsa Orchestra from Barcelona Spain. DJ JoJo is the Manager and Booking Agent for Tromboranga in North America. In 2015, he brought the band to the United States as part of his first big production, the “Tromboranga USA Tour”. He traveled with the band for a month managing the tour operations, and getting the band to perform in several cities in the U.S. such as New York, New Jersey, Orlando, Miami, Houston, Chicago, Denver, Seattle, Las Vegas and Los Angeles. After the the first tour, he continued with tremendous success producing numerous tours and concerts for Tromboranga across the U.S. and Canada.

In 2012, DJ JoJo co-founded the Mambo Madness Social, a vinyl social where he spins the records that he has been acquiring throughout the years. He is also the producer of many other events including the MMS Annual Anniversary Party, featuring great artists such as the world renowned Frankie Martinez, Eddie Torres "The Mambo King”, Kimberly Flores, Shani Talmor, Selene Tovar, DJ Gury Gury from Canada and DJ La Conga from NY.

During the first year of hosting the social, he received a surprise visit from Mr. Albert Torres who at the end of the night invited him to play his records at the LA Salsa Congress. DJ JoJo has been a part of this festival performing every year since 2013.

Salsa became his passion in 1999, when a friend from Puerto Rico invited him to a salsa club for the first time. He immediately fell in love with the music, and began to learn about the origins of salsa, and other Latin genres. He also started to buy music in all formats, from old vinyl records to new recordings at the time. Soon after, he became an avid collector of vinyl records, currently possessing over 7,000 LPs and 45s. He frequently gets invited to participate at several vinyl collector's events nationally and internationally. He has participated in La Feria de Cali in Colombia, El Bloque del Guaguanco, in Colombia, Salsa al Parque, and Las Leyendas de la Salsa in New Jersey, as well as many other events in Miami, Connecticut and New York. DJ JoJo is a part of the group “Melomanos Y Coleccionistas USA”. In 2016, he organized the first gathering of collectors in Los Angeles featuring Willy Cadenas. This is now an annual event where vinyl records' collectors and music lovers gather to share their knolodge and love for salsa.

During his journey, DJ JoJo has appeared in national television at “Quiero Mis Quince” on MTV3, and various radio shows including “Alma Del Barrio” on KXLU 88.9 FM, “Canto Tropical” on KPFK 90.7 FM in Los Angeles CA, and “The Latin Grooves Show” with Chris Springer on KSDS Jazz 88.3 FM in San Diego CA.